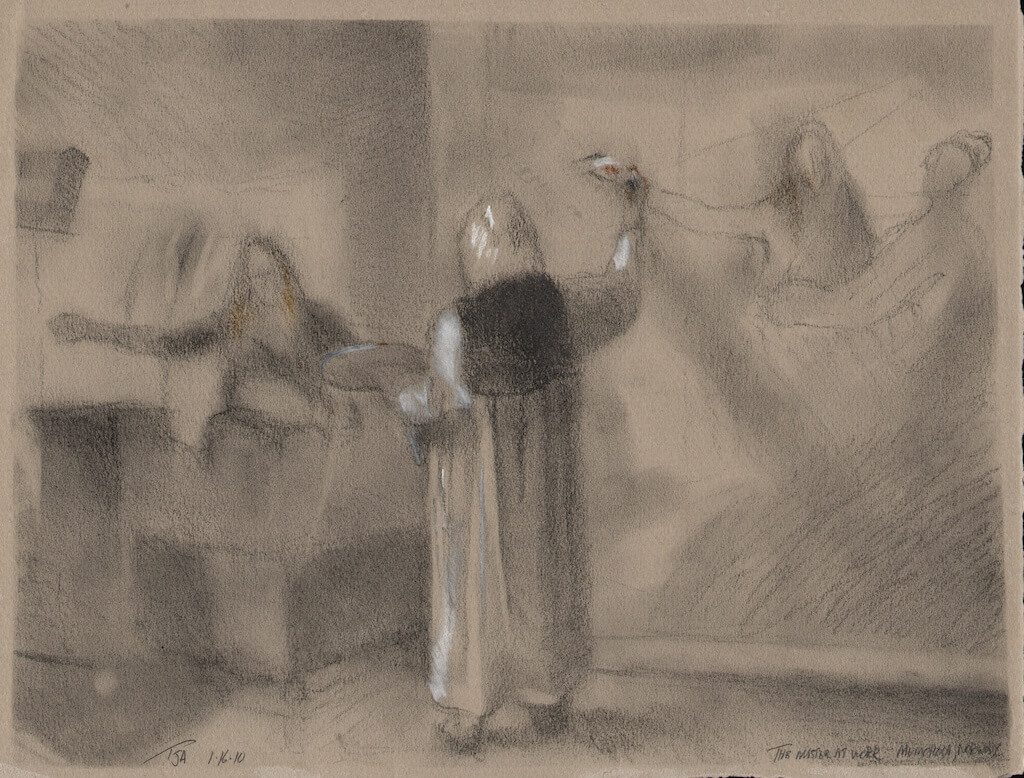 “Odd doesn’t like photos.” This is what the other students told me. So rather than muster up the courage to ask him anyway, I took a different tack: I went into his studio with paper and pencil.

I about held my breath during the first drawing hoping he would be alright with it. If he wasn’t, he didn’t say. So about every other day I went back. Hard not to think that the ease with which the drawings seemed to naturally appear had much to do with the company. The result is the seven drawings presented here.

My thanks to Odd, Turid, Peter, Sandra, Maria, Kaja, Nicole, Matt, Pan and Snowflake for making what was certainly the most delightfully unexpected experience of my career as a painter also one of the most magical. Special thanks to Andrea for the key to the door. 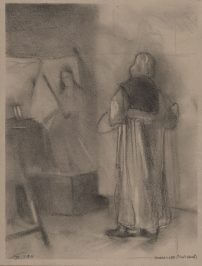 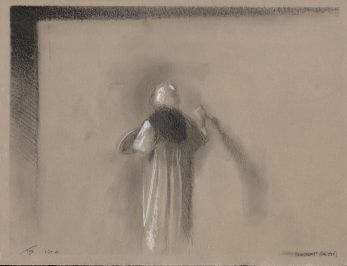 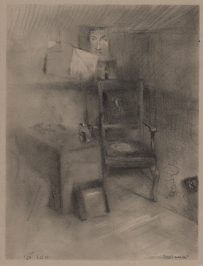 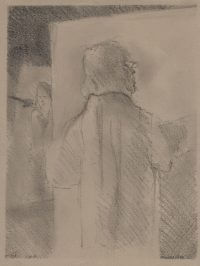 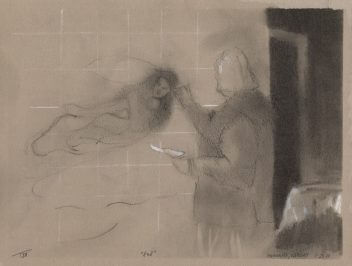 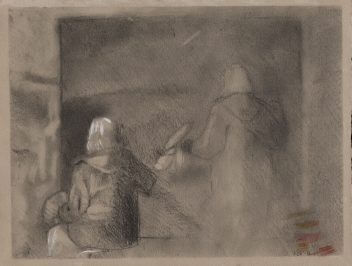 Odd working on a painting that brought to my mind the witches of Macbeth. He had started it only a few days before my arrival; a lesson to any who think big spaces can’t be blocked in quick.

Odd’s response to this drawing filled me with joy. “It’s as if we are in the studio of an old master in Venice in the 1500’s.” Indeed. Now how could that be?

Odd in his white robe, black-shirt-covered shoulders and bleached-honey hair in front of a large canvas… though he had already started the painting, the monumentality of the drawing seemed better served by a blank canvas.

On one of the rare days that Odd was out, I drew his surrogate.

Kaja models for the “hooded witch.” The bird too was a model, but was later removed from the image. Less worked than the other drawings, but I am pleased with Odd’s likeness.

The newest painting just transferred from sketch to canvas. To work the figure better he turned the canvas upside down.

Odd was originally standing top right, but shortly after I started he had to leave. When I came back to the drawing he was sitting bottom left. The comet in the composition was a part of his original sketch, but after starting the painting he soon took it out. When I found him sitting, he had put it back. 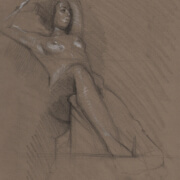 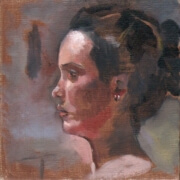 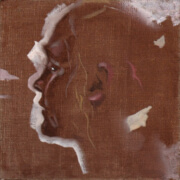 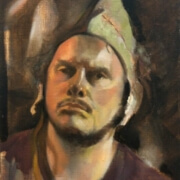 Self-Portrait in Leather Cap with Jawbones 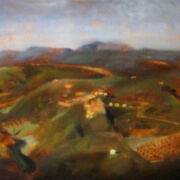 View from Fara in Sabina 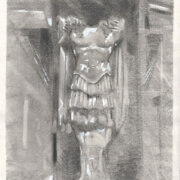 Timeless Proportions: Figure Drawing in the Museums of Rome 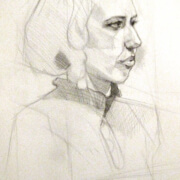 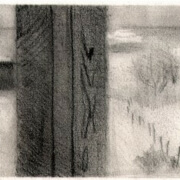 View of the Atlantic
0 replies

View of the Atlantic