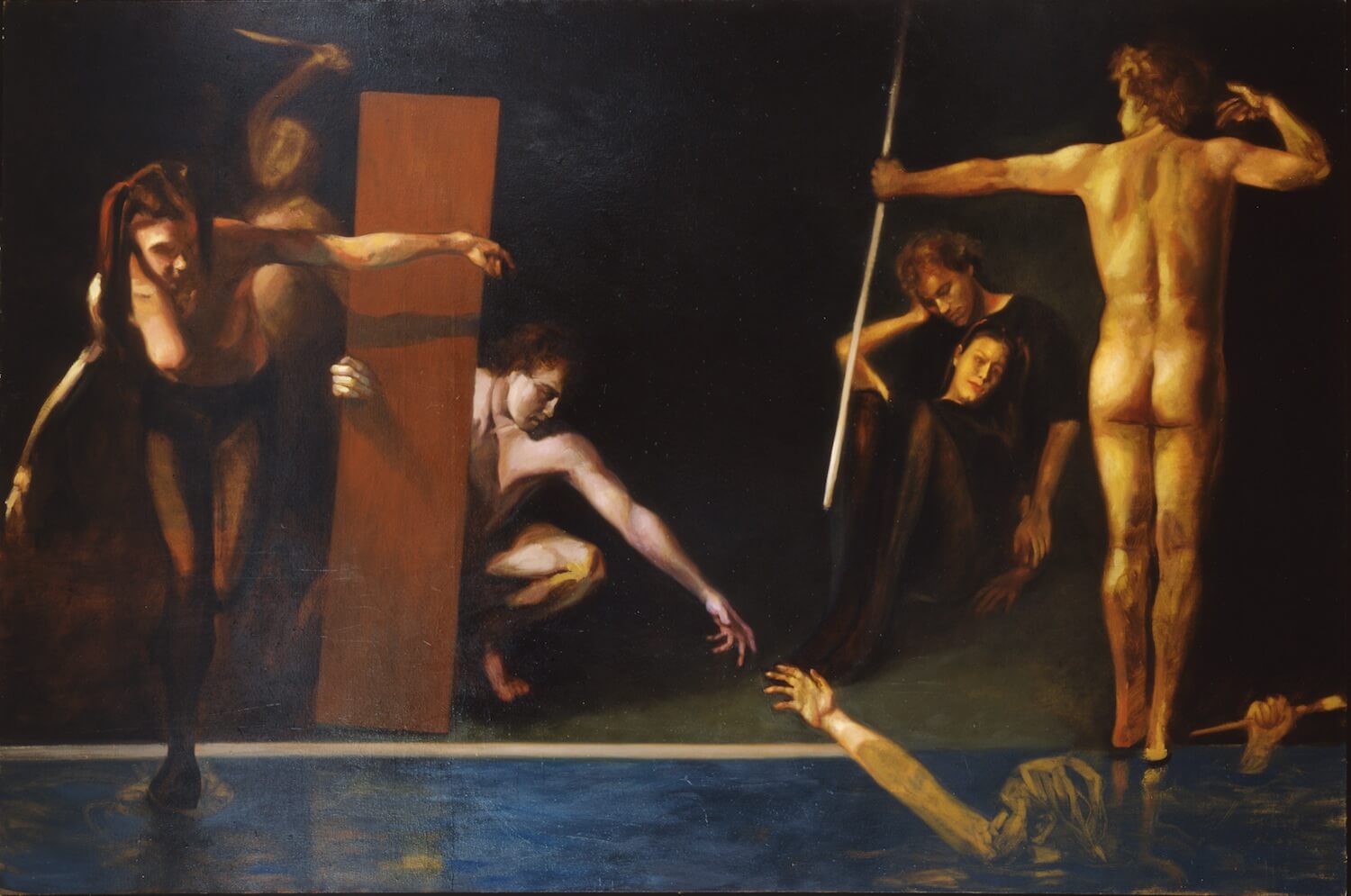 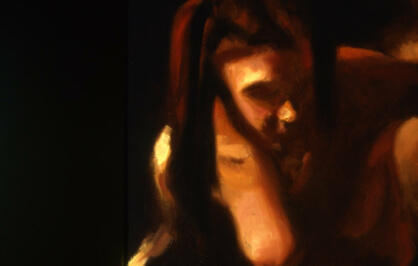 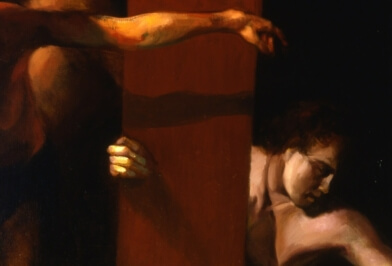 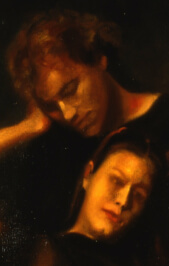 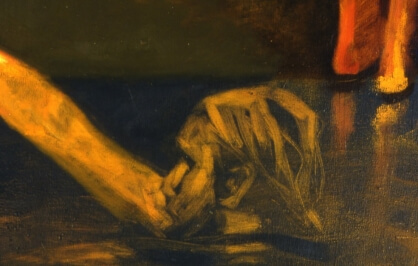 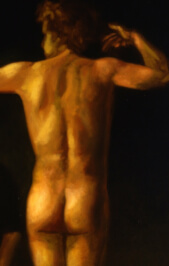 A friend recently asked me, “what were you thinking when you did this?”

Will a poem do?

(The following poem was written in the Summer of 1998, maybe a month or two after the painting was finished.)

From the Archer, timeless, secure and stable to
the Lovers, entwined, in time divided in
the Darkness, ﬂeeting, forever wielding
the Assassin, abandoned, bitter, if able, will murder
the Thief, in ﬂight suspended, while
the Idealist, holding, sickly and yearning for
the Romantic, lost and reaching, unaware of
the Hand, deﬁant, rising up to
the Archer, so steady his aim on
the Assassin, felled by an arrow in
the Darkness that begot him;
and the Thief departs, pointing back to
the Lovers who will again some day tempt
the Archer from his shot

Great Painting, and a poem too!
This is a striking composition of painting from life adding up to a complex composition that hangs together. I can not help but think of Caravaggio posing his street friends in costumes in his studio. I suspect that this painting was patched together from figures painted at different times which makes it more amazing. As a true Caravaggisti Professor Allen has made the composition work by the way he has rendered light. Only the great art historian Rudolph Whittkower has understood and written about how Caravaggio invented with artiface, as opposed to realism, how to draft the drama with light.
Terrific figures. 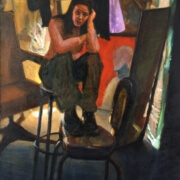 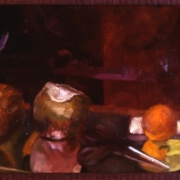 Coconut and Rutabaga by Night 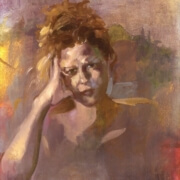 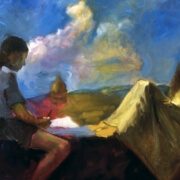 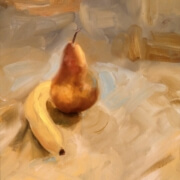 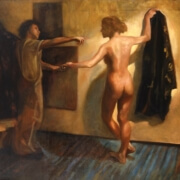 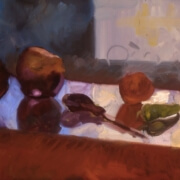 Coconut and Rutabaga by Day 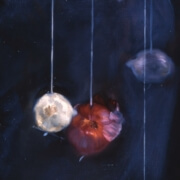 If Destiny Had Wings

Portrait of Erica
Scroll to top